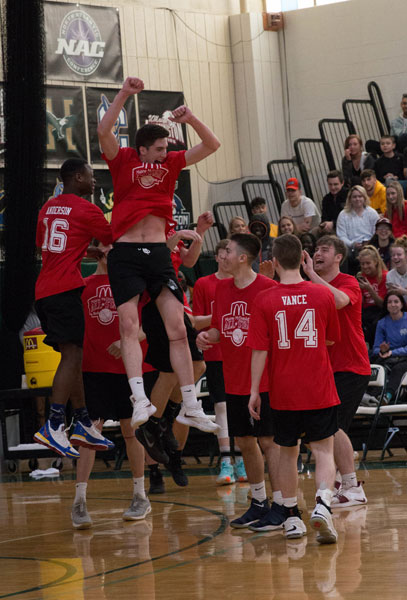 The Northern Maine team with representatives from Class AA, A, and B schools used a balanced attack and an overtime sudden victory basket to defeat the South, 120-118 at the 2019 McDonalds Senior All Star Weekend at Husson University on March 9th. Recently named Mr. Maine Basketball Matt Fleming of Bangor High School scored the winning basket in "sudden victory" after the North took the ball out of bounds with 2.6 seconds left in regulation and passed it to the South, who promptly made the basket to send the game into overtime. The unusual circumstance led to an unorthodox ruling which mandated that the first basket in overtime would win the contest. In the overtime, the North won the tap and Fleming got the ball, drove to the basket and laid it in for the victory. 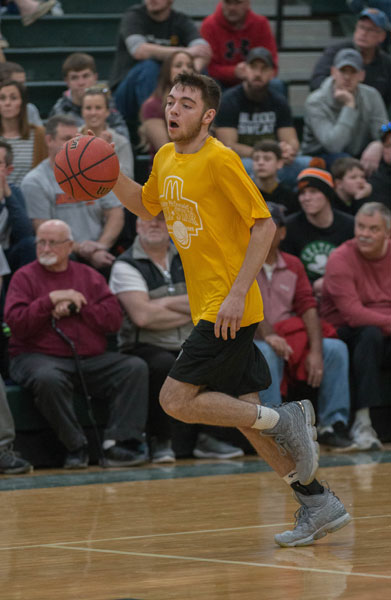 The South C/D boys defeated the North by a score of 111-102 in the 2019 McDonald's Senior All Star Game at Husson University in Bangor. With the South holding a 52-51 lead at the half, the boys in gold extended their lead in the second half for the victory in the well-attended game.

Leading the way on offense for the South were Boothbay Regional High School's Stephen Reny and Hall-Dale High School's Ashtyn Abbot, who each scored 22 points. Winthrop's 6'8" center Cam Wood displayed an inside and outside attack in scoring 15 points. Brandon Giboe of Forest Hills score 9 points and Temple's Ilija Ivkovic added 8. 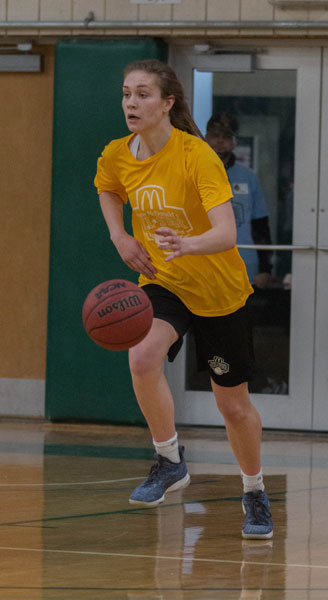 A full day of basketball concluded with the South Girls C/D Senior All Stars defeating the North with a score of 53-47 on March 9th at Husson University. Miss Maine Basketball finalist Faith Blethen, a 6'1" guard/forward from Boothbay, led the South with 24 points. Kaeti Butterfield of Monmouth Academy and Hannah Moholland of Richmond HS each chipped in with 8 points.

2019 MABC/McDonald’s Coaches of the Year

The MABC has announced the 2019 Semifinalists for Maine's Mr. & Miss Basketball Award. The winners will be announced at the McDonald's Weekend Awards Banquet at Anah Shrine Hall in Bangor, on Friday, March 8th.