In the second game of the 2020 McDonalds Senior All Star Weekend, the high-scoring South AA/A/B boys defeated the North, 124-99. The South came out firing to open up a 64-49 halftime lead. Leyton Bickford, a 6’5” shooting guard/forward who averaged 19 PPG for Sanford HS, 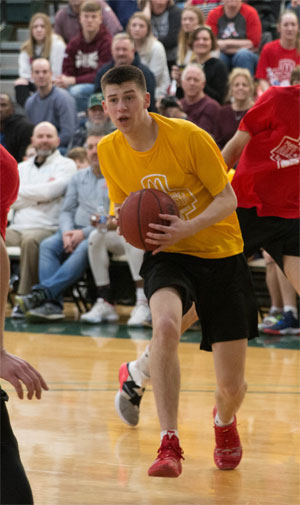 led the South with 11 first half points. Jackson Curtis of Ellsworth HS dropped in 9 points to pace the North in the first half.

The South continued its strong offensive display in the second half and closed out the game with a 60-53 second half for the victory. 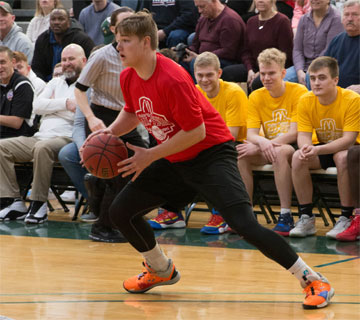 Curtis finished with 15 points on 5 three pointers to lead the North offense. Scoring 13 points each were Parker Deprey of Caribou HS and Mr. Maine Basketball Bryce Lausier of Hampden Academy. Other players scoring in double figures for the South were Max Cresser of Edward Little HS and Owen Williams of Maine Central Institute, who each scored 11.