In the opening game of the 2020 McDonalds Senior All Star Weekend at Husson University, the North girls representing classes AA, A, and B were victorious over 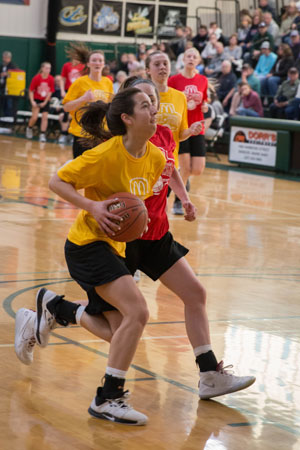 their southern counterparts 95-84.  The North opened up a 45-34 lead after the first half behind the sharp shooting of Silver Clukey of Winslow High School, who drained 4 3-pointers. Paige Espling of Caribou scored 6 of her 7 points in that half.

In the second half Nina Howe of York HS scored 9 points as the South made runs in an attempt to catch the North, but the northern girls responded to every challenge to win comfortably. Cecelia Dieterich, teammate of Miss Maine Basketball Julia Colby at Oxford Hills, led the North with 22 points. 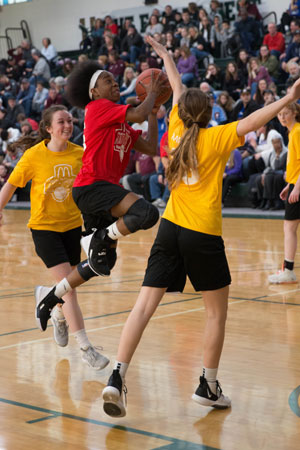 Clukey finished with 18 and Davina Kabantu of Portland HS added 10.

The South was led by Maggie Whitmore of South Portland HS and Brooke Obar of Greely HS, who each scored 15 points. Howe finished with 13 points while Jordan Grant of Gray-New Gloucester HS tallied 11.